Add Touch Capacity to any Display up to 100"

Although Macnica offers a variety of  LCD modules that include built-in touch capacity, in most cases we will need to bond a touch film or panel to your LCD device, most often with a cover glass.

In doing so, we can cost-effectively provide the perfect touch display for your project, in screen sizes from 1.33” to 100” diagonal. Among the technologies we offer: 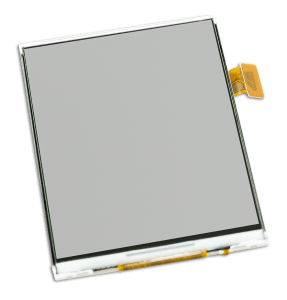 PCAP uses a conductive grid that recognizes changes in an electromagnetic field it creates caused by the touch of a finger. It is “projected” because the finger does not have to come in contact with the grid, and so the grid can be protected by a layer of glass topped by various coatings, and the finger may be covered with thin cotton or surgical gloves.

Commonly deployed in smart phones and higher-end touch displays, PCAP is extremely sensitive, provides very good better image and touch clarity, and may be used for two-finger multi-touch input, as well as a compatible stylus.

PCAP does require that the touch element be optically bonded to the LCD panel together with a cover glass. It can be sensitive to EMI/RFI interference.

With surface capacitive touch, the touch element consists of a glass overlay with a conductive layer. The overlay is either mounted with touch element on its underside, next to the LCD panel, or it is mounted face up with a separate cover glass bonded as a final layer.

More economical than PCAP, surface capacitive touch provides good image and touch clarity but requires a bare finger or capacitive stylus. It is limited to single-touch applications. It, too, can be sensitive to EMI/RFI interference.

Though very durable, resistive touch screens are less sensitive and have less resolving power than PCAP, and they are limited to single-touch applications. That said, they can be used with gloved hands and can better withstand moisture and dust. They are used most often in point of sale, medical and industrial applications.

The original touch screen technology, IR is still used for certain applications, given its accuracy, long life and its ability to preserve the clarity and light transmission of the underlying LCD panel.

An IR touch screen employs an array of invisible infrared LED light sources and detectors arranged on X and Y axes around the edges of the screen. The location of a touch is detected when the beams of light are broken with a finger or stylus.

On the downside, IR is relatively expensive, and it is more sensitive to moisture, dust, oil, or grease buildup and to high ambient light.

Deciding on a touch technology

Your Macnica team can recommend the best LCD panel and touch component for your application, as well as a cover glass and any needed enhancements.

Learn more about COVER GLASS,  DISPLAY ENHANCEMENTS and our OPTICAL BONDING SERVICES. All work is performed here in the United States.

© 2023 Macnica Displays - is a division of the Macnica Group
Site Handcrafted & Managed By: Web Designs Your Way - Content By: Kreski Marketing